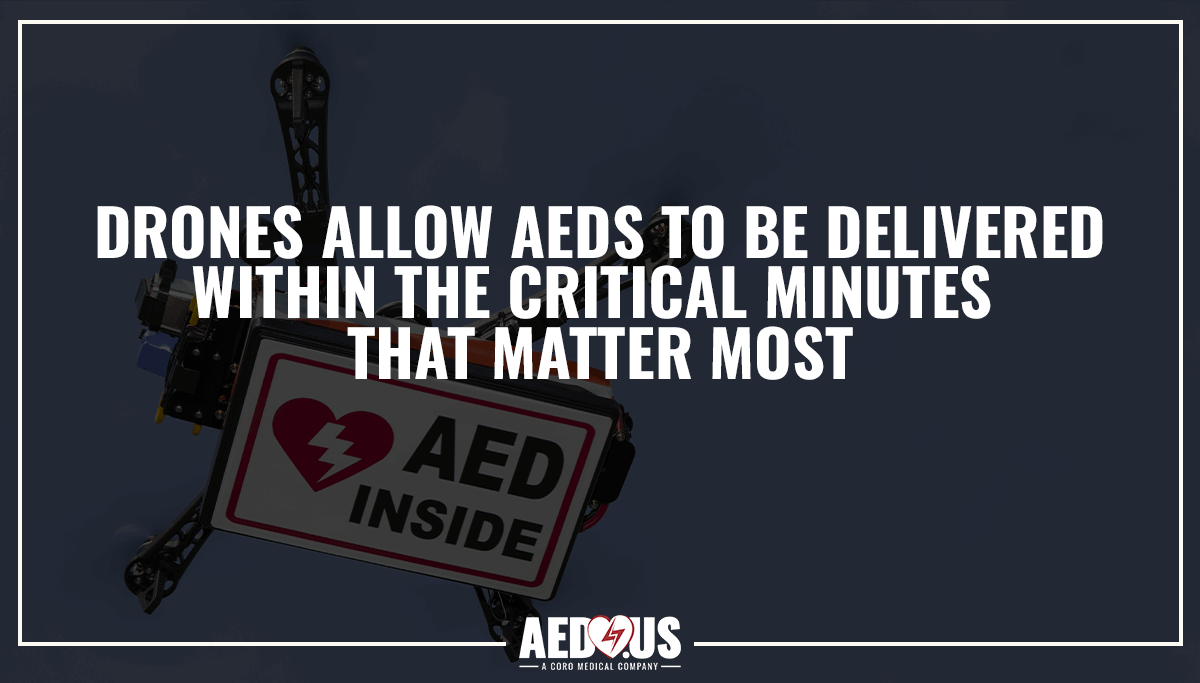 Here at AED.US, we talk a lot about automated external defibrillators – it’s in our name. But we want to emphasize why we love these portable, user-friendly, life-saving devices. Let’s start with the cold, hard facts.

Every year, nearly 400,000 sudden cardiac arrests (SCA) occur out of hospitals. The only treatment for an SCA is proper CPR coupled with shock from an AED. For every minute that passes without AED use, SCA victims lose 7-10% chance at survival. The average EMS response time in urban areas is 13 minutes. For rural areas, this number increases to 16 minutes. If we do the math, we uncover the ominous truth that most SCA victims will not survive to even see EMS personnel arrive.

This is why AED availability in businesses, schools, and community areas is so crucial for SCA victims. Bystanders who know CPR and have access to AEDs can be the difference between life and death for people who suffer an SCA. Still, the reality is that AEDs aren’t everywhere, and the survivability rate of out-of-hospital SCAs lingers around 10%.

But what if we could get AEDs on-scene when emergencies happen?

Swedish drone company Everdrone is exploring that question in real time. They’ve partnered up with Sweden’s national emergency call system to deliver AEDs by drone on-site when somebody calls about an SCA. The response time for drones is much faster than the response time of an ambulance, which allows the life-saving devices to be delivered within the critical minutes following an SCA. Dispatchers remain on the phone, ready to deliver instructions to bystanders on-site.

This technology has the potential to save millions of people who die from sudden cardiac arrest worldwide every year. If the initial phase of the clinical study goes well, Everdrone will expand operations to other parts of Sweden and Europe in 2021.

Hopefully, we can see expansion to the United States within the next few years. Since Sweden is around the size of California, it will take some time before this technology will be fully implemented and ready to respond to all areas in the U.S. Still, we are on the brink of drastically improving outcomes for SCA victims. Keep up to date with this life-saving technology on Everdrone’s website; you don’t want to miss this!