What is Commotio Cordis and How Can It Affect Athletes?

What is commotio cordis and how can it affect me, child athletes and teen athletes in my family? 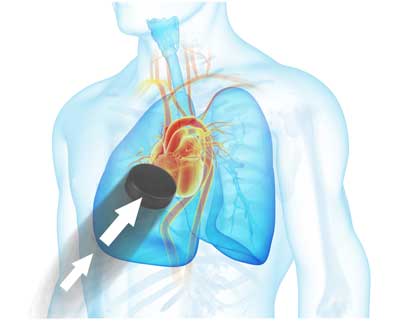 Commotio cordis is a rare type of sudden cardiac arrest, or SCA, that occurs when the heart is shocked by a blow to the chest, typically during sports or other physical activities. It is caused by a sudden disruption of the normal electrical activity of the heart, which can cause the heart to stop beating normally. The impact can cause the heart to go into a state of ventricular fibrillation, or VF, a condition in which the heart’s ventricles contract in an uncoordinated manner and cannot generate a contraction or a heartbeat. This can lead to a lack of blood flow to the body, resulting in loss of consciousness and death if not treated promptly.

There have been several reported cases of commotio cordis in sports, particularly in activities that involve contact or collisions, such as baseball, ice hockey, football, and lacrosse. Here are a few examples:

These are just a few examples of the potential for commotio cordis to occur in sports. According to the University of Texas Southwestern Medical Center, commotio cordis is the second most common cause of sudden cardiac death amongst athletes. It is important for athletes, coaches, and medical professionals to be aware of the risks and to take appropriate precautions to prevent such tragedies from occurring. 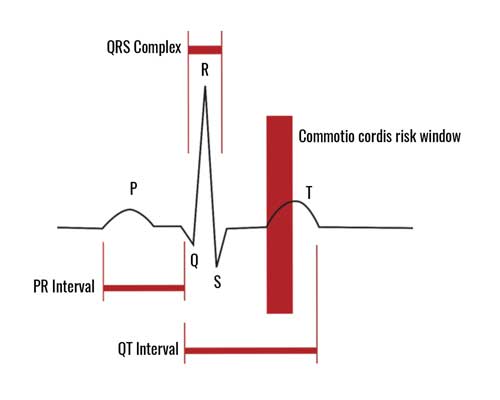 How can one detect commotio cordis?

Commotio cordis is a medical emergency that requires immediate attention. If you suspect that someone has suffered a blow to the chest that could have caused commotio cordis, it is important to act quickly and take the following steps:

It is important to note that the signs and symptoms of commotio cordis may not always be immediately apparent. The person may appear fine immediately after the blow to the chest but may develop cardiac arrest within a few minutes. It is essential to seek medical attention as soon as possible if you suspect someone has suffered a blow to the chest that could have caused commotio cordis.

Should I use AED on a person suffering commotio cordis?

If someone is suspected of having suffered commotio cordis, it is important to call 911 or your local emergency response number as soon as possible, go or send someone to go get an AED and return to the scene and then begin compressions immediately. If an automated external defibrillator (AED) is available and you are trained to use it, it can be used to deliver a shock to the person’s heart in an attempt to restore normal rhythm.

Using an AED involves powering on the AED, removing or cutting away any clothing covering the chest or torso, and applying adhesive pads to the person’s chest. The AED will analyze the person’s heart rhythm and, if necessary, deliver a shock to the heart. It is important to follow the AED’s instructions and continue CPR until medical help arrives.

It is worth noting that not all cases of commotio cordis will require defibrillation. In some cases, the heart may return to a normal rhythm on its own, or it may be possible to restore normal rhythm through CPR alone. However, if an AED is available and the person is in cardiac arrest, it is generally recommended to use the AED as soon as possible. 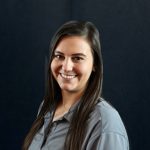 Written by Jenna Alvich
Digital Marketing Manager
Jenna was raised in Dublin, Ohio before she moved to Florida and attended Florida State University to earn a degree in Information, Communication, and Technology. She took her retail management and marketing experience to Nashville where she found CoroMed and grew passionate about the AED industry. Jenna is American Red Cross Adult AED/CPR and Infant CPR certified and strives to spread CPR and AED awareness through all platforms. When she’s not working, you can find her hanging out with her dog, on an adventure with friends in the city, or kayaking on the river.