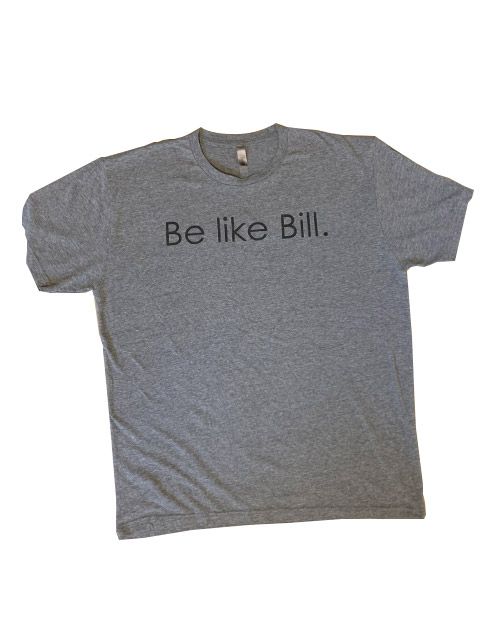 On June 20th, 2017, thanks to the quick action of Bill Schlies, a random bystander, Jeff Utzinger's life was saved. Be quick to respond. Be selfless. Be like Bill.

Get your t-shirt to show support and spread the message, "Be Like Bill."

While out on a customary run one morning in June 2017, Jeff narrates during an interview, “About two miles in, I collapsed due to Sudden Cardiac Arrest - so I was told, I have no memory of the event.  In fact, the last memories I have were from the night before..., and I can only remember things now starting around a week after my event.”

Jeff has a double stroke of good luck to thank for being alive today; the altruistic actions of a then-stranger who happened to be in just the wrong place at the right time, and a portable device that is quickly turning into a medical marvel, an automatic external defibrillator (AED).

When Bill found Jeff on the ground unconscious and not breathing, he was not even supposed to be there. Incidentally, he just happened to have “left a little later for work and took a different route than normal that day...crazy.”

What followed is a sequence of events that underline the importance of two steps in the Chain of Survival: CPR and early defibrillation.